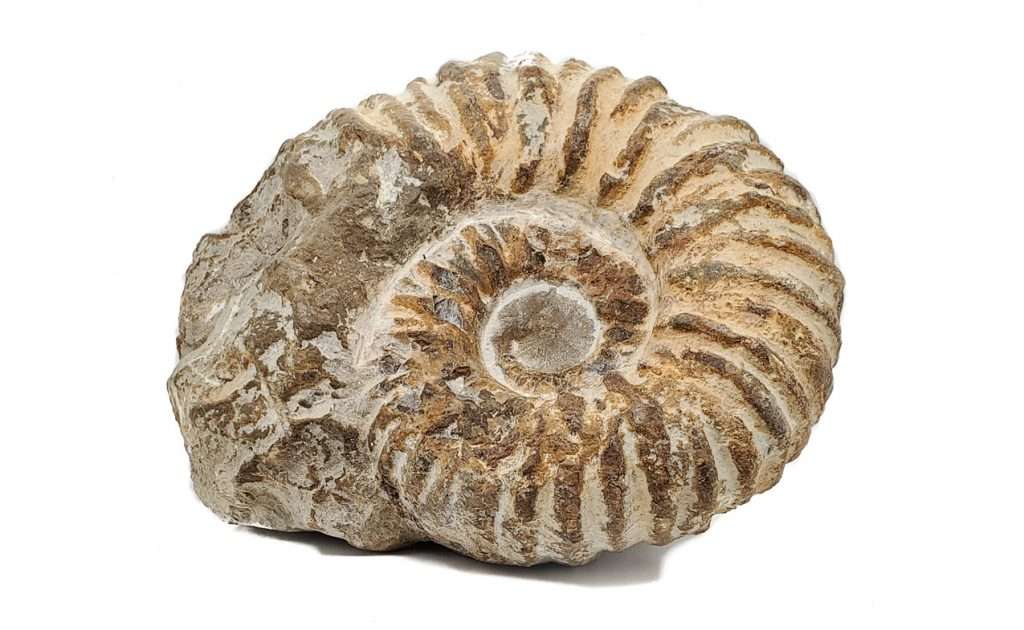 Ammonite, also known as Ammonoid is a group of extinct cephalopods (such as squid, octopus, cuttlefish, or nautilus), a fossil that are found in shallow water to deeper oceanic conditions dating back to as early as 419 millions to 66 millions years ago. Ammonoids are important index fossils because of their wide geographic distribution in various marine conditions along with their rapid evolution, and easily recognizable features. Palaeontologists can link specific geologic time periods from rock layers in which Ammonites are found.

The name ‘ammonite’ originates from the Greek Ram-horned god called Ammon. In medieval times, fossilised ammonites were thought to be petrified coiled snakes, and were called “serpent stones”. They were considered to be evidence for the actions of holy saints and believed to have healing and mystical powers.

Ammonite is believed to bring luck and prosperity. It is said to alleviate trauma and help depression. It’s spiral pattern is thought to convert negative energy flow into positive energy flow (chi). Some also believe that Ammonite can support the process of childbirth and ease labor pain.

Ammonite Fossil Luck, Prosperity, Childbirth Origin Found in mountains and sedimentary basins from the Devonian to Cretaceous periods throughout [...]