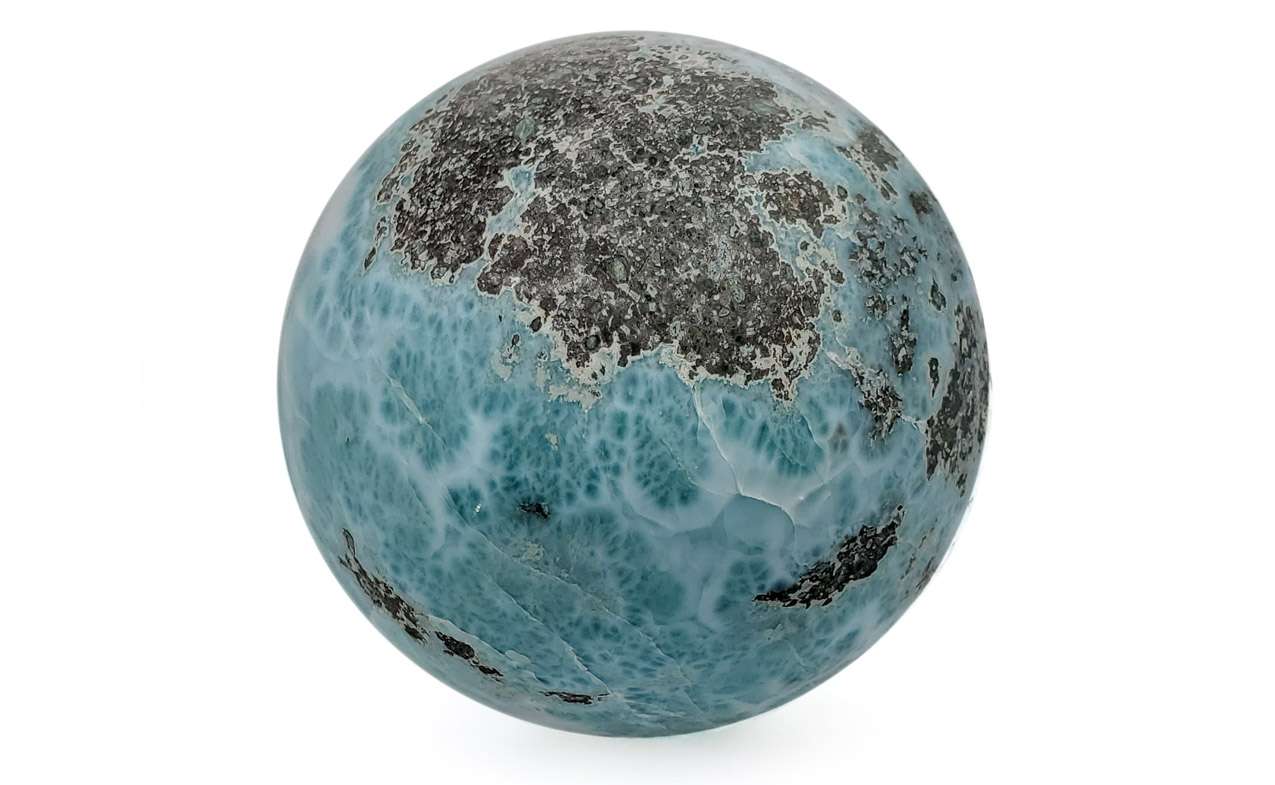 Larimar is a variety of pectolite. Pectolite is a type of rock composed of acid silicate hydrate of calcium and sodium.  Pectolite can be found throughout the world but Larimar has a unique volcanic blue coloration, which is a result of copper substitute for calcium.  Larimar is formed when volcanic activity causes a unique mixture of minerals in a hydrothermal fluid to cool and crystalize into the gemstone.  Larimar was first discovered in 1916 but the request to explore and exploit was rejected by the Dominican Republic Ministry of Mining .  It was not re-discovered until 1974 by Miguel Mendez and a Peace Corp volunteer on a beach at the foot of the Bahoruco Mountain Range.  Mendez named the mineral by taking the first few letters of his daughter’s name, Larissa, and adding the Spanish word for sea, mar, to create Larimar.

High quality larimar can be faceted for jewelry and it is sold throughout the Dominican Republic and the Caribbeans.  Quality grading is based on the intensity of the color, crystal configuration in the stone, and the presence of impurities during formation.

Larimar is said to contain the tranquil energy of the sea, soothing tempers and fears, and dissipating stress.  It is associated with the throat chakra to bring clarity in communicating.  Holding this stone can help one speak openly from the heart to express unresolved feelings from deep inside.  Larimar beads/ jewelry can be worn by women going through IVF and struggling with infertility to assist with difficult pregnancies and to improve fertility.