Encourages generosity and giving of all kinds 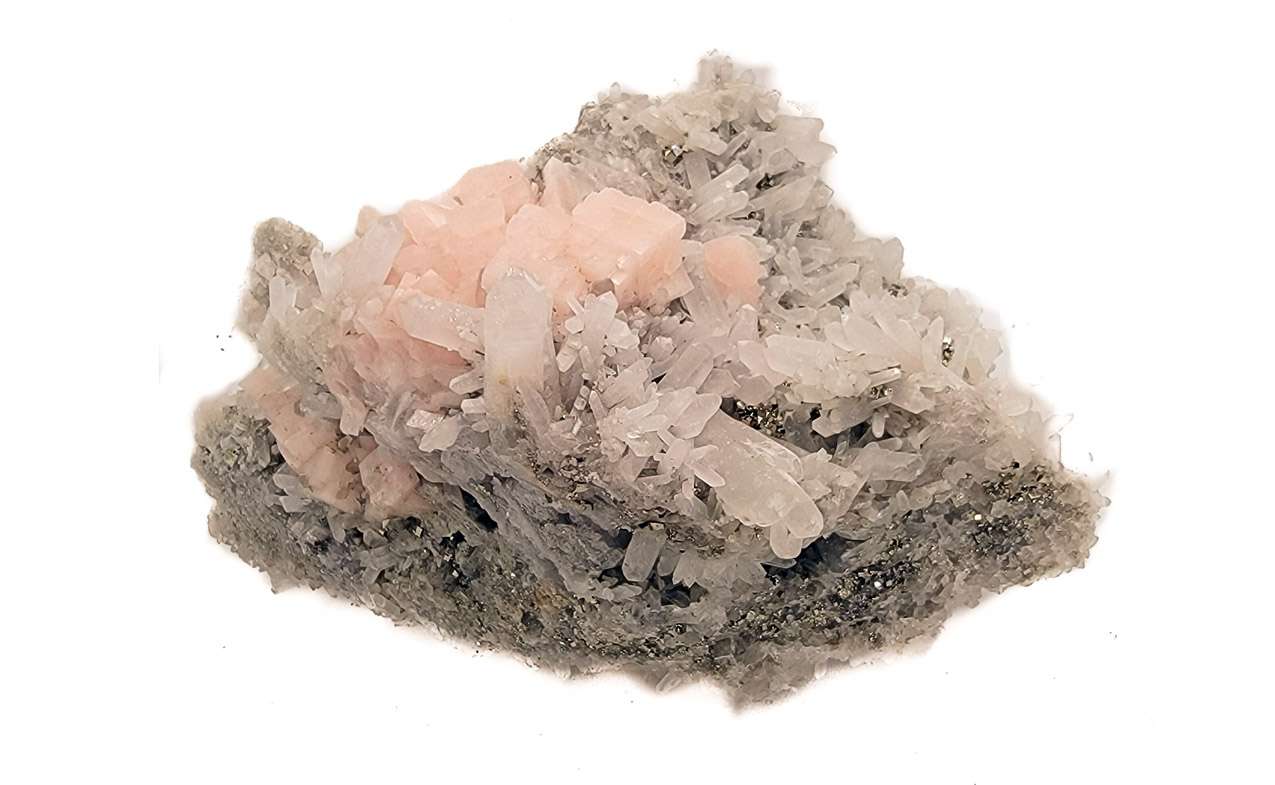 Dolomite is an anhydrous carbonate mineral composed of calcium magnesium carbonate.  It can be colorless, white, gray, pink, and peach.  Depending on what impurities were present during formation, it can even be green and red.  dolomite is used to describe both a mineral and a rock; dolomite mineral is the pure form with a defined crystal structure and chemical formula, whereas dolomite rock is composed mainly of the mineral dolomite, but also contains impurities such as Calcite, Quartz, and feldspar.  Dolomite is used as a concrete aggregate and can be processed for the production of float glass.  In horticulture, dolomitic limestone can be added to soil, potting mix, and saltwater aquariums as a pH buffer.

Pyrite is an iron sulfide mineral.  Due to its metallic luster and brass-yellow color, it gives Pyrite a superficial resemblance to gold, which is why Pyrite is also known as Fool’s Gold.  As for uses, Pyrite is a semiconductor material and it’s used in low-cost solar power panels in addition to making marcasite jewelry.  Some of the best Pyrite specimens are found in La Riojo, Spain and this cubic form is very popular among mineral collectors.

Dolomite is a multi chakra stone.  It encourages generosity and giving of all kinds and opens the heart for one to appreciate the small things in life.

Pyrite is said to be an excellent stone for someone who is grieving as it soothes anxiety and balances emotional levels.