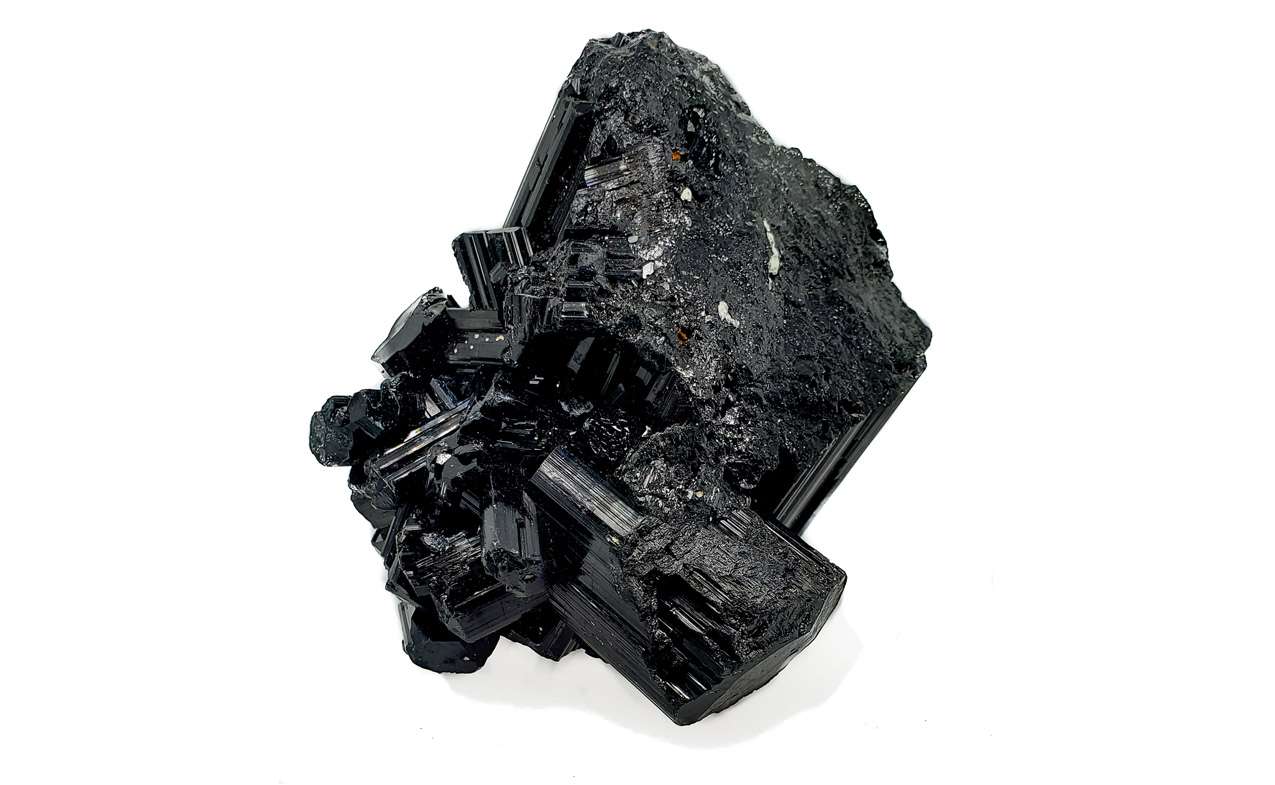 Tourmaline can be found in a variety of colors.  It is a crystalline boron silicate mineral compounded with other trace elements like aluminum, iron, lithium, magnesium or potassium.  Schorl, or black tourmaline, accounts for 95% of all tourmaline in the world and contains sodium iron which provides its midnight color.  Tourmaline is particularly unique in that it is both pyroelectric and piezoelectric charged.  This means that it has the power to generate electrical fields of energy.

Gem quality tourmaline can be faceted into gemstones for jewelry.  Tourmalines were used by chemists in the 19th century to polarize light by shining rays onto a cut and polished surface of the gem.

Black Tourmaline is believed to be a cleansing and protective stone.  Place it near the entrance of your home as a way to absorb negative energy and feelings.