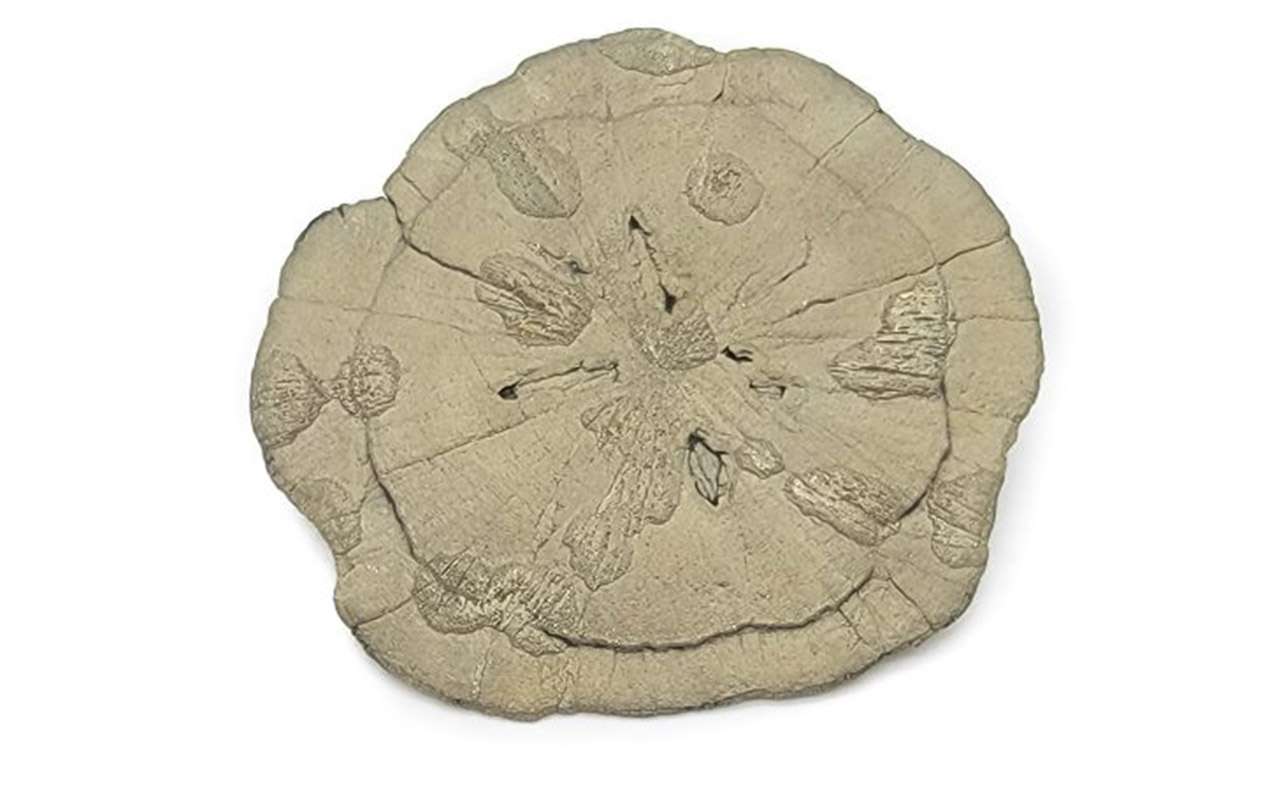 Also known as Pyrite Dollars, Miner’s Dollars, Sun Dollars.  Pyrite Suns are disk-shaped mineral concretions of pyrite (iron sulfide) arranged in a regular cubic configuration with minor amounts of marcasite (also iron sulfide) but arranged in an orthorhombic configuration (eg: rectangular or stretched cube shape). These spectacular mineral disks can range from the size of a penny up to the size of a dinner plate but are commonly about 3 to 4 inches in diameter. Pyrite is often called “fool’s gold” for its metallic luster and brassy color.  Pyrite is commonly found in organic-rich settings and most form as intergrown cubic-shaped masses, but the disk-like shape is unique to only one place on earth in the area near Sparta, Illinois.

Pyrite Suns are found 200 to 250 feet below ground in coal mines, a few inches above the coal seam in thin, pyrite-rich shale layers that are approximately 300 million years old (Pennsylvania-age rocks).

Pyrite is used in the production of sulfur dioxide which has use in such applications such as paper.  A new commercial use for Pyrite is electrodes for use in non-rechargeable lithium batteries.  Pyrite was also used in making marcasite jewelry and was popular during the Victorian era.

Pyrite is a powerful protection stone which shields and protects against all forms of negative vibrations and/or energy, working on the physical, etheric, and emotional levels. It stimulates the intellect and enhances memory, helping to recall relevant information when needed. Pyrite is known as the Stone of Protection and Positive Energy.